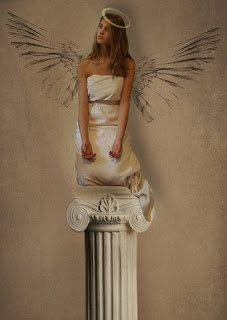 Yesterday, I wrote about Dan Baum's impressive archive of queries, available for any of us mere mortals to review and dissect. But I wanted to add something:

Baum makes a number of comments I disagree with. (And I'm not the only one to have that response.)

For instance, he states that when he calls people for queries, he tells them he's writing the story for X Magazine (Wired, The New Yorker, etc.).

"I say I’m working on a story for Wired magazine and I am," he told Linda Formichelli at The Renegade Writer. "My relationship with Wired magazine at that point is none of their business."

He also says he doesn't reslant and repitch stories:

When Formichelli asked if that was specific to his particular realm of the freelance world, Baum conceded it might be.

"I want to keep saying this that this is just my experience," he added. "Family Circle and Woman’s Day might be similar enough. In the small number of magazines that I wrote for, you just couldn’t do it. I mean, if you were writing a proposal for Wired, there’s just nobody else you could sell it to. I tried, I’ve tried, I really have. I really have tried and it just never worked for me."

That's exactly it. I want to encourage all freelancers out there to embrace Baum but not idolize him. He's just one writer, and he and his wife live entirely off his earnings as a freelancer. (Best I can tell, Baum and his wife essentially co-write or at least co-report or co-research his work, but it's published under his name.) He, like you, is just trying to make a living.

This is one of the things I love about the freelance world. We're all just learning. We're all just finding what works for us and doing that over and over again to good effect. If we're in serenity, we're letting go of the stuff that doesn't work, which can be very hard. What Baum says is interesting, but it's not gospel.

For instance, I would never tell sources that I'm writing a story for a publication for which I didn't have an assignment. I tell them, instead, that I'm writing up a proposal for my editor at so-and-so magazine. It's important to me to be upfront with my sources in a way that makes me comfortable. Baum, obviously, is comfortable with how he does it. It's not my style.

Likewise, I try to reslant and repitch my work all the time. That's how most of us make a living as freelancers. Baum is right: A New Yorker story is nothing like a Wired story. But there's a difference between an idea and a story:

The story I pitch to Yoga Journal is nothing like a story I'd pitch to Reader's Digest. But the root idea might share a kernel. They're different pieces, though. And that has worked for me.

Photo by skye.gazer.
Posted by Heather Boerner at 6:00 AM

Great entry. I love the honesty here. Feeling like GRS, only with writing, not money.

Heather: I enjoyed your analysis of Dan Baum's queries. I recently read and reviewed his best selling Nine Lives at A Travelers Library, so it was fun to run into your posts after I had spent some time on his web site.