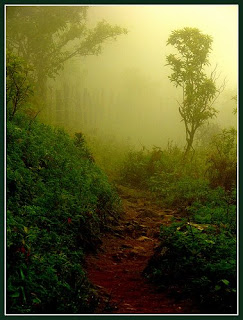 “Do not be impatient with your seemingly slow progress. Do not try to run faster than you presently can. If you are studying, reflecting and trying, you are making progress whether you are aware of it or not. A traveler walking the road in the darkness of night is still going forward. Someday, some way, everything will break open, like the natural unfolding of a rosebud.”

Posted by Heather Boerner at 11:03 AM No comments: 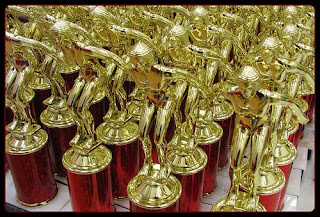 It's so odd the veil between how I see the world and how the world actually is--especially in my freelance work.

Last year, I wrote a complicated story on the foreclosure crisis, focusing on people who were in a financial bind because of the healthcare costs associated with multiple sclerosis. Of course I worked hard on the story. I always try to keep in mind how my work can be of service to my clients and my readers, so I went beyond the sources the client gave me (it was a custom publication, where they often supply the people they want quoted) and sought out the best stories to illustrate the issue. I dug into the edits to illustrate the suggestions of experts with the lived experiences of people kind enough to share their struggles while they were in the middle of them.

But then, after the piece was done and I thought it was well received, I got an email from my editor, asking me why I hadn't responded to calls from another editor. Apparently, they'd been trying to reach me for weeks. I was mortified. I called back right away, gave them the information, but couldn't shake the feeling that I now appeared to them to be a flake.

I couldn't let go of the lapse--a lapse I didn't even realize had happened because I hadn't received any calls or emails. In fact, I still felt mortified yesterday, when I emailed the folks at the association for which the story had been written. At the suggestion of another freelancer, I contacted the association directly, seeking to reacquaint myself with them and, hopefully, get more work. As far as I could tell, that one lapse was the only dark spot in my record with them. I hoped they wouldn't remember it.

Well, I got an email back right away and the respose startled and elated me. It started with:

Of course we remember you.
You don't have to sell your talents to us!
That alone would have been enough to make my day. But then it continued to this startling revelation:

I’m not sure the message ever got to you that “Foreclosure and the Art of Saving Your Home” won a 2009 Apex Award of Excellence for Financial & Investment Writing.
For a second, I sat in stunned silence, staring at the computer screen. Then I grinned broadly and did a little jubilant dance in my office chair. This was the story: The story I thought of as a smudge on my otherwise stellar record with them. Not only did they not see me as a flake, but they were thrilled enough with my work to submit it for an award. And it won!

I tell this story not just to share my joy, but because my coaching clients are always trying to hedge their bets. They're always trying to be one step ahead of the mythical editors they imagine checking out their Web sites. They don't want an editor to see them as too much of this or not enough of that. They're convinced, in short, that their experience and their writing doesn't measure up.

But what my experience has taught me--and what this particular experience makes clear--is that as freelancers, we can't see our work clearly. If you're like me, you blow up the negative and shrink the positive. You see yourself through the skewed lens of your own self-doubt and insecurity. It's only natural. We're human. And we work alone, where we don't get to hear the plaudits of our editors unless they make the explicit effort to call us or email us with them.

I encourage you to do what you can to adjust your gaze--to see yourself as clearly as possible.

Chances are, if people are always telling you you're a good writer, you probably are.
If people tell you they like your work, they probably do.

They aren't being polite. They aren't sparing your feelings. They're trying to get you to see yourself clearly, too. Sometimes the obvious reason for their statement is the real one. Sometimes it really is that simple.

Where do you need to adjust your vision? Where is the fog of self-doubt still clouding your impression of your own work and worth?

Photo by terren in Virginia.
Posted by Heather Boerner at 10:53 AM 1 comment:

Last week, I proposed a 30-day challenge on branding. I'm still gung ho for that, but another also occurred to me.

30-Day Recession Survival Challenge
It seems sometimes like the point is just to get through so you can live to write your dream story another day. And in this economy, with editors not responding, some of us are having to go to our Plan Bs.

This challenge will help you create a Plan B while still being open to continue on the path you're currently on, and will include guest posts from people who have expanded their brand in order to make money in ways they may not considered before--and how that can be a blessing.

So your choices are: Recession Survival Challenge vs. Branding Challenge.

What's your poison?
Posted by Heather Boerner at 4:21 PM 4 comments: 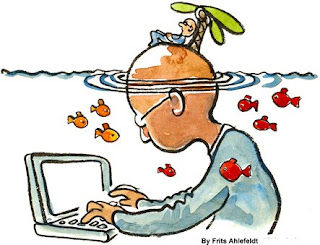 "Everybody has to be able to participate in a future that they want to live for."
--Dean Kamen


Image by HikingArtist.com.
Posted by Heather Boerner at 6:00 AM No comments:

Email ThisBlogThis!Share to TwitterShare to FacebookShare to Pinterest
Labels: quotes

Next 30-Day Challenge: Building your brand? 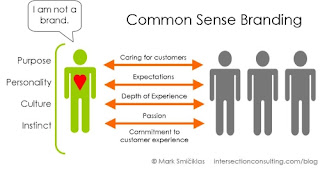 A moment of housekeeping: I've been thinking for a while about how to build your brand when your brand is, well... You. (The image to the left notwithstanding.)

So what do you think of a brand-building challenge? Comment below and let me know if you'd be interested in that. If you are interested, leave a question or two you have about branding--ranging from "what the heck is it?" to something more complicated.

Image by Intersection Consulting.
Posted by Heather Boerner at 3:27 PM No comments: 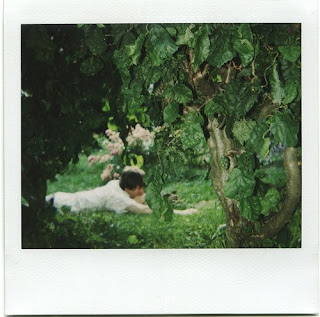 "The season of failure is the best time for sowing the seeds of success." Paramahansa Yogananda

Photo by karamellsauce.
Posted by Heather Boerner at 6:00 AM No comments:

Save the Date: Creative Freelancers Conference

I've been reading the Creative Freelancer Conference blog for a while. It offers short posts and interesting info on the business side of freelancing--my favorite topic as a coach. So when I got an email from the organizers, I was thrilled. They wanted me to let you know about this freelancers' conference, and I'm always big on expanding your network and having new experiences as a freelancer. The following is just information. I'm not endorsing it and I have no ties to it. And they aren't paying for the announcement. I just thought it might be something you'd be interested it.

The 2009 Creative Freelancer Conference, presented by HOW magazine and Marketing Mentor, is coming to San Diego, August 26-28. Freelance designers, copywriters, illustrators, photographers and other solopreneurs will get the tools they need to drive their businesses forward from an expert panel of speakers led by Marketing Mentor's Ilise Benun and Peleg Top. Topics include:

. How to create compelling presentations
. The ins and outs of social media
. How to plan for estimated tax expenses
. And more

Plus, the opportunity to network and connect with other creative solopreneurs before, during and after the Conference will prove invaluable to the growth of any freelance business.

For complete program details and to register visit www.CreativeFreelancerConference.com. Freelancers who register by the July 15 Early-Bird deadline will save $50!
Posted by Heather Boerner at 6:00 AM No comments:

Serenity Tip: The joy of the bookend 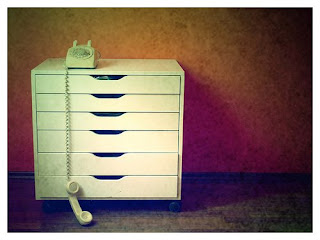 You've got a client to call back, some contract changes to request, maybe even a story you're stuck on.

That is, make some book-ending calls.

Here's how it works:

1. Gee I'm stressed. I need to finish this story but it's just not coming. It's due tomorrow. What do I do? I need help.

2. "Hey Alicia. I'm just calling to tell you that I'm stressing out about this story. I've got most of the information I need, but I seem to be afraid to start writing because I'm afraid to discover that I don't have enough. I'm afraid this story is going to suck. But I've got to get it done. So I'm going to commit to working on it for the next hour and then I'll call back."

4. "Hey Alicia. I'm just calling back to say I did it! I worked on it for an hour and I have the skeleton down. Now I just need to insert quotes and get one more piece of information. Thanks so much for your support!"

That's it. Just call before and after doing something that's scary for you. It can be calling a potential client. It can be writing. It can be sending the query you've been working on for a while.

If you're on the receiving end of one of these book-ending calls, here are some ways to help:

Ask what she wants.
Does she want you to just listen and be supportive? Maybe she wants you to role-play the conversation with her, with you standing in for the editor/source/client. Whatever it is, ask at the beginning so the call can be of maximum benefit to both of you.

Offer to say what she wants to hear.
When she calls back, praise her for being courageous or diligent or a bad ass freelancer--whatever you want. You can even pretend again to be the editor/source/client and tell her exactly what she wanted to hear. It can be gratifying, even if we know it's all make-believe.

Return the favor.
People like to be helpful. Now you know her process. So hopefully when you're feeling stressed and like you can't possibly make the call or send the email or write another sentence, you know there's someone out there willing to listen to you with gentleness, support and just the right attitude.

Give it a try today.

Photo by Atilla1000.
Posted by Heather Boerner at 6:00 AM No comments: