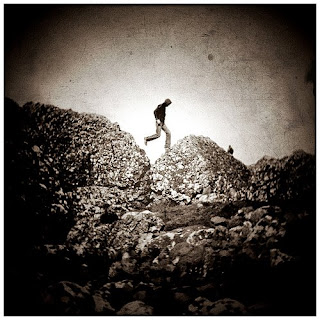 "Doubt is part of all religion. All the religious thinkers were doubters."

Every query is an act of faith: In yourself, in this wobbly industry, in the economy.

It says, "I believe there is enough work out there that an editor will see this query and will choose it, out of the scores she receives every day. She will read it and she will even assign it, for a decent rate."

You can be forgiven in this market for doubting that scenario. And if you have any tendencies toward self-criticism--if, indeed, your inner critic doesn't just come out on the page but asserts itself, red pencil in hand, in every part of your life--you can be forgiven for wondering whether your query is good enough to rise to the top despite what's happening in the market.

This is why, no matter your religious affiliation or none, faith is a key component of persistence. I always think of those pioneers trudging across the open plains to the promise of ocean, to water. Forget for a moment whatever your political beliefs are about whether that was a moral act--to take over other people's land. Just think of that journey: It's an act of faith. They trusted that they would get there, and if it got really hard, they would find some way through it.

Right now, we all need to have a little more pioneer spirit and a lot more faith to stay self-employed. When interviewing people for my Black Enterprise story on persistence, one of the themes that repeatedly came up was faith. Though I only quote Patti Webster talking about faith, I'd guess five out of the seven people I interviewed for that story said faith was part of their willingness to keep doing the work despite complete lack of evidence that they were getting somewhere.

“I just knew that God had positioned me in this place and that if I just kept at it I would get a break," Patti told me.

She did. After living in her mom's home for two years, she finally landed a big-name client, and then some of her public relations clients who had stayed with the big agency when she struck out on her own came back on board.

Apply this to your life:

Does it feel right?

You don't have to believe in God per se to benefit from faith. Ever since I spoke to Patti, I've been thinking of one thing she said to me: That she felt she was exactly where she was supposed to be. I feel the same way. My seven years in newspapers prepared me for the hard, thankless work of freelancing, and the benefits are far greater than the stresses. For me.

So when you start feeling beleaguered by doubt, ask yourself if you really believe you're where you're supposed to be. Do you believe if you keep working, you'll get the break you need? If so, send just one more query. Make one more follow-up call.

If you believe as I do that this is where you're supposed to be, act like it. A friend likes to counsel me, when I feel doubt about my relationship, to ask myself if I want to be in in it today. If I do (and I do), then I have to act like it. That means I have to show up for it, be kind, be honest and let her in at least a little bit.

The same goes for freelancing. If you want to be a freelancer today, act like you want it: Do the work it takes to stay a freelancer. I've talked about this before, but it bears repeating. You don't have to believe your query is the best, you just have to send it. You don't have to believe that you're so special that you should survive when lots of business are going under, you just have to act like you do. Today.

Make it a mantra

Almost every morning I say or write, "I accept that if I keep querying I will get an assignment." A great freelancer I know says that the difference between a successful and an unsuccessful freelancer is persistence. Marketing is a volume business, and each query you send gets you closer to a yes. But you have to trust.

And then you have to take the plunge. It's called faith for a reason: You believe despite evidence to the contrary. What I've learned recently is that you get faith not from building up this spiritual reserve or this great sense of self-esteem--then acting--but by taking the plunge, risking rejection and then making progress. Faith isn't generated by your mind. It's generated by actions.

So what are you going to do to build faith in yourself and your business today? What risk are you willing to take?

Even the smallest risk counts: Clean your desk. Organize your files (clear away space for all those new assignments you'll get). Email to follow up on a query. Send another query. Work on a query. Take an action.

And then give yourself credit.

Photo by i:tzhaar.
Posted by Heather Boerner at 6:00 AM

It is clear to me, I have not visited your blog enough. Great ideas. Great inspiration. And something I can really use just about any time.

I'm pleased you'll be a part of the Blogathon. I'll be back for more.

All my best,
Jackie