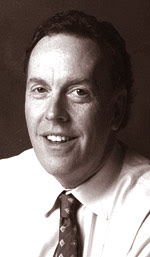 "Enthusiasm and persistence can make an average person superior; indifference and lethargy can make a superior person average."~William Ward

Last year, I took a narrative nonfiction class sponsored by the Society of Professional Journalists and led by Tom Hallman. Hallman has won a Pulitzer and writes the kind of long, people-focused stories I long to do. As this persistence challenge has progressed, I've been thinking more and more about what he told us.

This really struck me. I had been so insecure about my writing, and so afraid of possible criticism, that I hadn't even submitted a story for him to review with the class. So you can guess which camp I fell into at the time.

Since then, his words gave me courage: I've tried to use some of the techniques he offered in stories. I've asked for some help. And in general, that hard veneer of needing to look in control has softened somewhat.

So the lesson of becoming a great writer is about persistence. It's about failing and showing up and not taking it personally. Just like everything else, it's about acting from faith, not ego.

Sounds challenging? Of course it is. It's counterintuitive, especially when trying and failing in front of others could affect your business. The stakes seem higher for freelancers than they seem for fullt-time employees. But the truth is, I don't know if they are.

Being a freelancer affords us a kind of freedom that full-time staffers don't always get: We can pursue stories without worry about getting paid because we do that all the time--it's called querying. We can be adventurous with our writing when we have our editor on board.

What are you doing this week to move your writing in the direction you really want to go?
Posted by Heather Boerner at 9:54 AM

I love this. It reminds me of this great Michael Cunningham quote I found a few years ago that I like to think about every now and then:

"I have known writers over the years, enormously talented, who are so self-conscious about it, who are so terrified of ever writing a bad sentence, that they can't write anything at all. I think a certain fearlessness in the face of your own ineptitude is a useful tool."

Thanks for the inspiration!