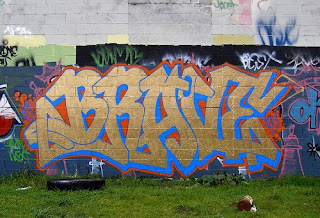 One of the primary roles I play with my coaching clients is to help them refine, target and send queries. I love playing the role of cheerleader and editor. And when I need someone to play that role for me, I turn to my fellow freelancers. This week, I'll talk a little about working with others to make your querying goals come to life.

If you've never buddied up and challenged yourself to send lots of queries, get started today. I'm participating right now in a query challenge organized by a professional writers' community to which I belong, and it motivated me to send 10 queries last week. Yeah!

I've participated in two different kinds of query groups. Today I'll talk about one of them.

In the challenge I'm participating in now, there are dozens of freelancers chatting via Yahoo! Groups every day. We've been divvied up onto teams, and the goal is to make as many points as we can. The points are divided this way:
At the end of every week, we report how many points we've generated. My group is going like gang-busters: I think last week the gang generated 171 points between something like nine team members.

In addition to counting points, everyone gives a tip at the end of the week to stay motivated. But frankly, doing the challenge is motivation enough.

When I started freelancing a few years ago, I was in that gray area of working a lot for low-paying clients and not having enough money to live on. I loved the work. And my editors were great--don't get me wrong. But I wasn't working toward either my financial or my professional goals. So I heard about the query challenge and I took part.

I sent a query to a national health magazine on a lark--just to get the point, I told myself. It was the only way I could screw up the courage. After all, if I wrote for them, it would represent a huge leap in my writing business. I was writing for small local pubs that paid fast but paid poorly. They'd pay me $1/word and people across the country would read my work. If I thought too much about it--and I did--it could paralyze me.

So I sent it. And it bounced back. But I'd already reported the point. I felt obligated to send the query again. I found an anonymous editors@ email address. A month or so later, I got the assignment!

If it weren't for the challenge, I wouldn't have bothered. I would have just let it go. But the challenge, because I wanted to be honest, kept me going. It pushed me to be accountable and it supported me in being brave.

That's why I sent 10 queries this week. I saw what others were doing--sending tons of queries and getting tons of assignments by selling reprints or by meeting with editors--and it inspired me to do the same. This is where my competitiveness and my need for community come together to support my business. I got to know freelancers whose names I'd only previously seen on faceless posts on a bulletin board. Heck, I even sent first drafts of articles to freelancers I met on query challenges, and shared story ideas with others.

We work together to place story ideas, and we cheer each other up when we despair of paying the mortgage or getting enough work. While I still sit in my office alone, I don't feel it.

But that wouldn't serve me. It wouldn't keep my accounts solvent and it wouldn't get me any closer to the kind of journalism I want to do. So I make the challenge work for me, not the other way around.

Tomorrow, I'll share another way to work with others to get your queries out the door.

How do you get support to query?

Photo by Heart of Oak.
Posted by Heather Boerner at 6:00 AM