30-Day Economic Stability Challenge: How I increased my income in nine months 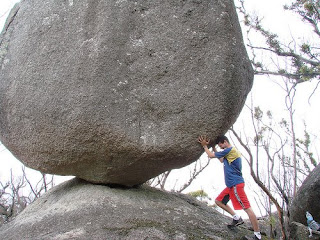 It wasn't that long ago that I was working nights and weekends and still not earning enough to live on. But it doesn't have to be that way. Over a period of nine months, I went to work to change the kind of work I was doing to increase my pay, decrease my work hours and make freelancing sustainable for me.

Since we've been talking about the scary parts of finance so far--the savings, the mindset, and all the things you should have in place before you start freelancing, etc., I want to spend today talking about the good stuff: What happens when all your work pays off.

But it was work. To wit:

Meet with a consistent group.
I met monthly for a year with the same two self-employed people who constantly were urging me to move away from the movie reviews that paid me $50 a pop and the articles that paid 15 cents a word on publication. They did it gently, and kept at it until I was frustrated enough and bleary-eyed enough to listen. Then we talked about how to do it.

You don't have to have a group in place, but the key is to look for a mentor or two and set up regular meetings with the understanding that you're there to get help.

"Don't think about next month, think about November."
This was the best single piece of advice I got during that time, and it was my guiding mantra. Every time I worried about decreased income from not doing as many movie reviews, or spending time querying instead of time watching movies to review, I focused on bringing my income up in six or nine months instead of how I was going to get through next month's bills.


Focus your marketing.
I didn't have a specific income goal. The goal was simply "more than I'm earning now," which was what I needed. But I knew how I wanted to get there: I identified that I wanted to write for publications that paid $1/word on acceptance or more. Sure, it was easier to keep querying the low-paying markets that I knew were desperate for writers (guess why they were so desperate...). But I couldn't cling to them if I wanted to really make this my career. So I queried higher paying markets. I looked eagle-eyed for job ads and applied for every one I could find.

And when I got the assignment, I had to be willing to say no or negotiate if the pay was too low.

Take a class.
It was around this time that I took Erik Sherman's Planning Your Writing Business class. It taught me how to create an hourly rate. It taught me how many queries I should send a month, and how much I needed to make a day, a week and a month to support myself, including taxes. I also learned what my hourly rate needed to be.

Ask for help.
During those nine months, I often felt like I was coming out of my skin. I wasn't earning enough. I was selling old clothes and shoes and books online to make end's meet, and sometimes they still didn't. When an eroneous charge was made to my checking account, I'd call my friend in tears, because I didn't have those extra $10 to spare. But my friend always said the same thing: You will get through this. Focus on November. I know you feel like you're going to be homeless, but you won't. You will make it through.

And I did. It was amazing and a serious faith-building exercise.

Take good care of yourself.
Those serenity practices I told you about the other day? Yeah. I did those in spades. I took the advice of a dear friend who said, "You should meditate once a day, unless you're really stressed. Then, meditate twice a day." I poured my nervous self into downward dog and into my journal and into the ears of some very kind friends. And I didn't use a credit card to relieve the pressure. I just worked hard and kept forcused on November.

The outcome
I won't lie: That kind of hard work isn't for the faint of heart. I had to keep doing the low-paying work long enough to keep supporting myself--barely--but also do the additional work of seeking out and doing higher-paying assignments. I was stressed, I was scared and I wasn't convinced it would work. It might have been the hardest I'd ever worked in my life.

But when November rolled around, my income for that month was double what it had been the February before. And it kept coming up. When I'd go to my business meeting with my mentors, I often had a look of incredulity on my face. I couldn't believe it. It worked. I could take a little pressure off. I could maybe go on a vacation and I could trust that my rent would clear and I could be the one to treat my sweetie to a meal for once.

I won't say that it's been an even course. It certainly hasn't. But that focus taught me both that I never want to go back to working the way I used to, and that I had the capacity to work hard and earn a decent income. There's a saying I've heard that goes, "You can act your way into right thinking but you can't think your way into right acting." This experience proved it. I was doing low-paying work because I didn't have the confidence to do more. But by doing the hard work, I earned that confidence.

What's the hard work you need to do today?

Photo by CamponeZ.
Posted by Heather Boerner at 6:00 AM

Good post, Heather! I love the topic and will be following.

I love this post, Heather, especially the idea of thinking about November. In a feast-or-famine business like this, you really do have to think ahead and work on building a clientele that will still be with you months down the road.

Great post! This is exactly the kind of thing I've been trying to do lately, but your post came at a good time, because after pushing hard for months, I'm starting to get tired and want to quit. You've encouraged me, though, to keep at it.

Great advice in this post! I'm saving the blog to read more. It's HARD TO BE A SMALL BUSINESS owner during a recession. Being proactive and trying to do the best you can helps. ~Amanda