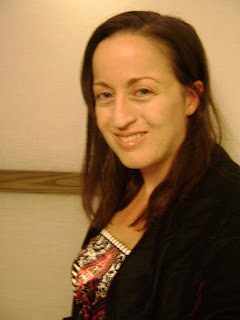 One of the things freelancers hate the most about the business side of the job is collecting money that's owed to them. In this economy, doing it is becoming even more important, and common. So I've asked a fellow freelancer Kristine Hansen, to explain how she tries to avoid having to do collections in the first place, and then how she approaches it when she has to do it. It turns out that it's much easier than you may think--and it requires more persistence than perhaps you'd like.

Hansen is a freelance writer in Milwaukee and covers travel, food/drink and eco-living topics for many national publications. She just entered into her 10th year of freelancing. Read more about her at KristineAHansen.com.

How common has it been for you to have to go to bat to get your checks? Has it changed recently?
Having to chase down checks has, fortunately, not been something I've had to do often. I intentionally seek out magazines that seem to be viable and are committed to paying on time and in full. (Note: Having a solid network of writers who dish on their clients is key to finding them!) My first brush with a "deadbeat client" came in 2000, right after I began freelancing, and it was because the Web site I had been hired to write for filed for Chapter 11. There has only been one other instance (see below).

What happened in 2000?
I was doing a lot of writing for a Web site and it may have been because I was new to the business of freelancing, but I made maybe two calls to the subcontractor before giving up on collecting the $600 that was owed to me. Because the subcontractor pleaded ignorance but was extremely kind to me, I dropped my plea. I now realize that his demeanor was likely a ploy to put me off! If this were to happen today there is no way I would drop the matter so easily.

How much time do you spend a week on collections, would you say?
Honestly? Other than the time it takes to drop relevant info into an invoice and then e-mail it, zilch.

Would you describe how you go about doing collections: How do you track when payment is due, how soon after the due-by date do you contact the editor, and how high up the food chain have you gone?

What I would highly recommend is sending the invoice immediately after filing your story. Each publication plays by its own set of rules for how it cuts checks. The more days you wait to invoice, the more likely your check could end up in the next cycle (lots of times publications cut checks in batches). Being a day late in that cycle could mean you are waiting an additional 30 days for the money. You'll know based on the contract you sign what the terms are (ie, how many days after either acceptance or publication the check is processed) and that helps you guess when "pay day" really is. What can sometimes happen is that the editor does not receive your e-mailed invoice. So that can hold up the process.

Give your editor a few days after submitting yours before sending a follow-up message to confirm its receipt. I keep track of three kinds of dates in an Excel file:
For repeat clients, this makes it easy to determine a publication's pattern for cutting a check (in other words, how long it will take). One last thing to know is that its the accounting department that cuts the checks, and not your editor. So if your editor doesn't seem to be going to bat for you, politely ask for the name and contact info for someone who can.

What mistakes have you made with collections, and how would you advise other freelancers to avoid them?
The classic mistake I seem to make more times than I'd care to admit is to not follow up on sent invoices.

You mentioned elsewhere that you hate having to be the "squeaky wheel" to get paid. Can you elaborate on that?

Just last week, I realized that a magazine's promises to cut a check were not coming through. Every few weeks I would receive an e-mail that announced the check was en route -- but in actuality, it was not. It occurred to me that being a squeaky wheel in this magazine's "engine"
could result in a check being cut.

The good news is that it worked!

My editor had also become frustrated with the matter and while I knew she was doing her job to see that I got paid, I asked if there was someone in accounting that I could speak with. When I got this person on the phone, I calmly relayed the series of mishaps when she said that the check would go out in the next few days. I requested that the check arrive within the week and if not, I would be obligated to report this incident to the professional writers organizations I am a member of. But even as I was saying those words, realizing that they could be interpreted as a threat, I knew that I was doing what any other business owner would do.

Because freelancers are working project by project, there's a strong want to be pleasant, polite and flexible. That's hard to do in situations like this. But taking good notes on the correspondence you have had, and taking a lot of deep breaths helps. It's also helpful to view the discussions with a strong sense of
teamwork. It's not you vs. them. Getting paid is a natural step in the relationship a writer has with his or her editor.
Posted by Heather Boerner at 6:00 AM