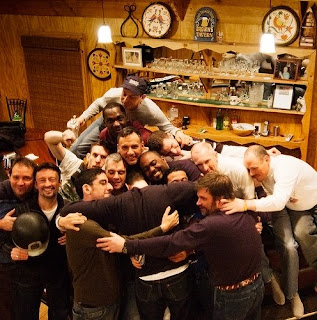 As Randy mentioned in yesterday's post, a great way to get good coverage and avoid the perils of the individual market is to get insurance through professional organizations. I looked into this when I was searching for better insurance than the HSA and HDHP I had. Here's what I found.

MediaBistro
For $55 a year, you can join AvantGuild, their membership arm that gives you access to articles, market guides and, oh yeah, health insurance. Rates are separated into In New York City and Outside New York City.

The good news: If you're in New York City, you get healthcare through Oxford Health Plans, IRBA plans Atlantic, HIP and GHI.

The bad news: Outside New York, you only have an option of--surprise--an HSA or a PPO Copay plan. And that insurance has a $25 million cap, which seems like a lot until you develop a costly illness such as multiple sclerosis or parkinsons disease.

ASJA (American Society of Journalists and Authors)
The yearly membership fees of this huge freelance writers' group are similarly large: $195 a year plus a $50 nonrefundable application fee and a one-time $75 initiation fee upon joining. But once you're in, you'll get discounted rates at their popular annual conference in New York, access to inside information about markets and pay rates, and other benefits. You'll also have the option of joining their health insurance pool.

The bad news: They only offer insurance in 30 states and companies still do underwriting, meaning they can charge you more if you have chronic medical conditions. Sometimes this makes the insurance so expensive, it's unaffordable.

The Author's Guild
For $90 a year, you get access to all kinds of benefits, including copyright and contract help. And if you live in New York City or Massachussets, you'll have access to health insurance starting at $334 a month.

The bad news: As the site says, "Although we offer plans for California, Connecticut, Florida, New Jersey and metropolitan Chicago, rate increases have rendered those plans unaffordable to most members. Understanding the importance of these benefits, our staff is continuously working to provide affordable group health plans for our members."

The National Writer's Union
This honest-to-god union for writers charges hefty membership fees based on income (up to $340 a year for people earning more than $45,000 annually) but it also fights for journalists' rights, offers contract assistance, negotiation assistance and other benefits. It's health benefits are specific by region (they have a California plan, and other regional plans) but it's impossible to tell from the Web site how much they cost).

Editorial Freelancers Association
For $125 for those in New York City and $105 elsewhere (and a $35 processing fee), you can join this group, which is aimed primarily at editors and copywriters. You'll get access to it's online membership directory, job list, email discussion list, and local events, as well as health insurance. They offer a variety of health plans, including the Health Insurance Plan of Greater New York (HIP, which Randy referred to yesterday), The Entertainment Industry Group Insurance Trust (TEGIT), and the discount (NOT health insurance) firm Careington International. It's unclear which areas are covered outside New York City, but it looks like some plans may cover Chicago, Connecticut, California, Florida, Texas, Arizona and Virginia. Some rates are available, in the $400 range for individuals and the $1,200-$1,400 range for families--but those rates for are New Yorkers.

The Writer's Guild of America
This group, which seems to be for television, movie and TV writers, offers members a credit union, health insurance and a pension plan (becoming a TV writer has never seemed more appealing). If you can afford the $2,700 initiation fee for a full-time member, you'll have access to all of this, but there's no detail on the Web site about how much their health plans costs, and they aren't relevant to most journalists anyway, it seems. (Randy, correct me if I'm wrong.)

Have you noticed a theme here? If you live outside New York City, you'll be hard pressed to find decent health insurance through any of these groups, it seems--though if you think you might qualify and want to join, do more research.

Photo by CarbonNYC.
Posted by Heather Boerner at 11:27 AM