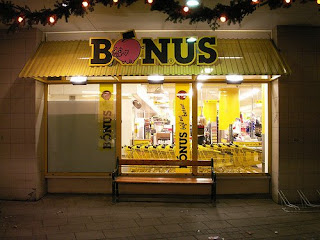 After this week's post on increasing income, I realized I'd left off a few obvious ones that require you to put on your business cap.

They're all about negotiating with your clients.

So, here are some bonus short-term income tips:

Tip #1: Have regular clients? Ask for a raise.
Freelancer Laurie Pawlik-Kienlen responded to this weeks post with her own experience:

"Another possibility is asking your low-paying gigs to up the ante a bit," she wrote. "I did that once, and it went over like a dream! Perfectly."

It can seem insane to suggest such a thing in this economy, but I suggest that it's not. If you're going to do it, however, you'll also have to convince your client you're worth it. Look at your track record with them:
Show your editor that you are the perfect person for the job and that you deserve it. In biz parlance, that's called "added value." Linda Formichelli at The Renegade Writer Blog had a fabulous post on added value this week. I highly suggest you check it out. In it, she shares five ways you can add value, including working quickly, knowing your stuff, bringing expert or "real person" sources to the table or thinking graphically.

But those aren't the only ways to add value. This is an opportunity for you to assess your strengths for your client. It will definitely build your relationship and you may get a raise in the bargain.

Again, sounds crazy, right? Right now we're getting checks later and later--not sooner. But I'll tell you something: I did it in February and my client sent me a check a week early. Easy peasy.

There are rules to this, however:

Use this infrequently. If you come to your client every month or every time you have a check coming and plead for a rush order, you'll look like a bad financial manager, not a professional writer. Save this for when you think you absolutely need it.

Don't take it personally. Asking for your money early can feel like begging for money, but it's not. It's just that--your money. When I first started managing the financial side of the business, I was terrified to call accounts payable, in part because I thought as a writer, I shouldn't care about money. Now when I make those calls, I don't do it as a writer; I do it as a business person. AP gets calls all day long about checks. That's what they do. It's normal for them. Don't make it harder than it has to be.

Have you tried either of these techniques? How have they worked for you?

Photo by Daquella manera.
Posted by Heather Boerner at 6:00 AM