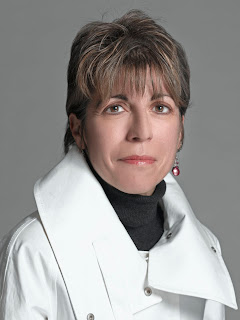 This week, I've invited fellow writers to share their marketing tips and tricks, either as guest bloggers or by answering a few of my questions.

Today's guest blogger is Jeanine Barone, an independent travel, food, wine, design and architecture writer and blogger at J The Travel Authority. During her 20-year freelance career, her work has appeared in National Geographic Traveler, Town & Country, Conde Nast Traveler and Travel + Leisure, among others. Today, she talks about what she loves about querying.

In the beginning, I thought of querying as a chore, something I dreaded and did infrequently. As a result, I would churn out what I now realize were anemic queries: short with few details. However, I soon realized that if I spent a lot of time developing well-targeted, detailed, dazzling pitches and allotted a good amount of time each week to marketing myself, it paid off.

I get most of my assignments from querying, not just the editors I regularly work with but also cold pitching. And, I'm probably one of the few freelancers who enjoys crafting a query. I think that I became more enamored with the process when I did it, if not every day, then at least several times a week, every week. It became an intimate part of my writing life. And, for each and every query I produce, I put as much care into it as if I were writing the full-blown article for that editor. My pitches are so detailed that editors have complimented me as one of the few writers they've worked with who clearly spends time devising a quality pitch.

I always make sure that I continue pitching, following up on pitches (via email or phone), researching new outlets for my queries and doing other marketing, even when I have tight deadlines. Obviously the amount of time I spend on marketing varies depending on the number of deadlines I have. If it's a week where I have a terrible time crunch, then I might spend several hours on the weekend as marketing time: devising new pitches, finding new markets, preparing emails to follow-up on queries that were already sent, and so forth.

If it's a week where I have a lighter load, I'll spend at least a full day or more just on marketing. (I should say, by the way, that when I'm not traveling, I work seven days a week -- something I have always done and can do because I'm not married and I don't have kids and I'm naturally a workaholic.)

I'm also meticulous about following up on queries. If I haven't heard back after four weeks max, then I immediately send an email wondering if the editor had time to review my pitch and, in case it never made it to her inbox, I re-paste it in the body of the email. I actually never give up and have a whole different variety of follow-up emails depending on how long it's been since I still haven't heard.

But I also do phone follow-ups.

And I've found that professional and polite persistence pays off. I know I've heard other writers say that if you haven't heard, it means editors aren't interested. But I've not found that to be the case. There are all kinds of reasons, and not being interested is only one. In fact, I have gotten many, many assignments after repeatedly following up on a query for many months.

In order to maximize my marketing time, at the beginning of the week, I set out my marketing schedule in terms of what I want to accomplish:
I really stick to this schedule, unless a crazy deadline unexpectedly comes up. And, if that happens, then I make up the time the following week. As a writer, I also always wear a marketing hat. When I'm reading the newspaper or magazine, or browsing through postings on blogs or tweets on Twitter, I'm always thinking of new outlets to cold pitch, new story ideas, and so forth. For me, marketing is challenging and strategic and it's something that suits my personality.

What do you like about querying?
Posted by Heather Boerner at 6:00 AM

More fantastic tips--and inspiration! This is a fantastic series, Heather. Thanks for doing it.