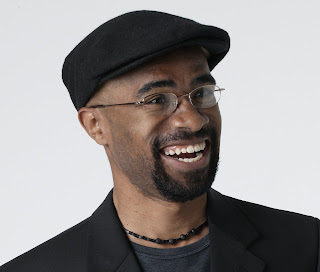 This week, I've invited fellow writers to share their marketing tips and tricks, either as guest bloggers or by answering a few of my questions. Today, I'm kicking the week off with the best story of querying persistence I've ever heard, from a writer I greatly respect.

This is the story of how Damon Brown broke in to SPIN Magazine after four years of pitching every month. You read right--four years! Here's his story, and then some follow-up questions:

I pitched SPIN magazine, which was technically the first professional pitch I ever sent, in September 2000. I pitched them roughly once a month and received no response until about two years later -- a short, "Thanks, but it's not right for us" email. Of course, that was motivation to keep going!

I kept getting rejected, but the rejections became longer, more elaborate, until fall 2003, when I got a two-paragraph email rejection that was as detailed as an assignment letter! The editor explained why the story wouldn't quite work and expressed detailed regrets on not giving the green light. I was flabbergasted, as I never experienced anything like that before. And, sure enough, the following Spring I got my first assignment! I would go on to freelance for SPIN nearly every month for three years - and even through a major editor shift. The experience taught me that literary brilliance is great - which I'm still working on! - but persistence is king.

You said your experience taught you that "literary brilliance is great--which I'm still working on--but persistence is king." What do you mean by that?

For me, any success that I have all comes down to focus. Early in my career I would subscribe to 30-plus magazines, publications that I thought would appreciate my voice and would be a good fit for me as a freelance writer, and reading them week after week or month after month helped me craft queries and ideas best suited for the audiences. Every single publication has a clear audience and editorial voice - even the most general interest one. The key is to study it long enough to know them, and then pitch enough times so that it is very clear to the *editors* that you know them, too.

How did you choose which stories to pitch to SPIN? Did you reslant and resend them after you got radio silence or a rejection from SPIN?

I did a lot of reslanting and resending. The biggest challenge for me early on was remembering that it is about the publication, *not* the story I want to tell. It was important to find the angle that would best fit the publication. For instance, a new music focused magazine like SPIN would probably not be interested in a historical piece on a legendary rocker, just as much as the acid-tongued New York Post, for which I also write, would probably pass on a touching story about lost puppies. I had to be merciless -- if a story idea didn't fit the publication, I didn't pitch it. Now, I've occasionally been able to talk up a story and make it work when I've already built a relationship with an editor, but it is wasteful, and perhaps a little arrogant, to assume that an editor will take on your risky story right out the gate.

What kept you pitching those first two years when you got no response? How did you motivate yourself?

It helped me to come up with a mission statement. When I first started, my goal was to examine subcultures respectfully and honestly, and to write about them for the masses so that the mainstream may find another level of respect for a discounted or seemingly second-rate culture. Video games are a $20 billion industry, but, especially when I first started a decade ago, were still considered a kid's medium. Sex, and specifically porn, was another multi-billion industry with real issues, real people and real business that was not being covered seriously. Finally, specific music genres, such as hip-hop, were lumped in with "ignorant" cultures, again despite being a multi-billion industry.

My motivation was and is when I see a subculture written about in an incomplete manner or, worse, in an ignorant or stereotypical light. I realize that I could have pitched that article and helped represent the subculture in a more complete light. Drives me nuts!

A more distant, but important motivation is setting and reaching firm financial goals. There is no formula that X number of queries equals Y number of assignments and totals Z amount of dollars, but there is a solid relationship between "sweat equity" and results. I like the freelancing lifestyle, and I know that I'd have to leave it if the bills weren't getting paid!

Did you have resistance to continuing to pitch them? If so, what kind of resistance and how did you deal with it?

Not really. I mean, this is really our job - pitch publications that we feel would welcome our voice and would be improved with our contributions. I knew I belonged in SPIN, and if anything the years of pitching proved to me that my feeling wasn't just about ego (otherwise, I would have quit much earlier!). For instance, I'd love to see my writing in The New Yorker, and have actually gotten some pleasant rejections from them, but I don't feel like I belong in The New Yorker. It is a bit of a stretch, and that's OK. On the other hand, for Playboy, SPIN and the other publications for which I currently write, I started pitching them aggressively when I knew my voice and my stories matched their need. There is a difference between ego and actual qualifications.

How much querying/marketing do you do today?

It actually varies quite a bit. If I'm in the middle of a book project, I can query as little as once or twice a week. I just finished off two big deadlines, so right now is a queryfest! I go in spurts, and can send as many as 5 queries in a day. Regardless of cycles, I always make it to major journalism conferences, such as the ASJA in April, and network with my colleagues over coffee or online through Twitter, Facebook or journalism websites. It is important to be open to new work before you need it.

What are the top marketing mistakes you've made--or seen other freelancers suffer from--and how do you overcome them?

Wishing for downtime during insanely busy periods - and getting downtime in spades as soon as the projects are wrapped up! I write primarily for magazines, so financially the work I do in February affects my budget in April or May. This creates the need to plan well in advance and to plant seeds early. It's OK to slow down the marketing, querying and networking while working on a big project, but it should never, ever grind to a halt. We should always be open to new work.

The second lesson I've learned is to be ahead of the curve -- particularly important in my focus areas of sex, tech and music. For instance, in summer 2007 Penguin released my Pocket Idiot's Guide to the iPhone, which was the first book on the popular device. The iPhone was announced six months earlier, and I knew the device was going to be insanely popular. I also suspected that people, and the media, would get burnt out on the iPhone very quickly.

In January 2007 my agent and I talked to Penguin and got the book deal in place, and I started pitching lots of iPhone stories. By June, when the iPhone was actually hitting stores, I actually started moving on to other technology topics. By the time my book came in August, I pitched one or two iPhone-related stories, but I knew my focus had to be on other, more cutting-edge topics. I was fortunate enough to be talking about new, refreshing tech topics while others were just pitching more iPhone stories. You have to know what's going to be big six months from now - particularly if you want to make it into long-leadtime magazines.

How do you keep yourself focused on marketing even when you're busy with assignments?

Really interesting! Thanks for including Damon in the marketing challenge, Heather--and thanks for the inspiration, Damon.

Great interview! Very inspiring. Thanks to both of you. Damon, when are you coming back to Chicago?

Thank you for having me, Heather! I'm flattered to be interviewed for the site and am equally flattered that our talk has been helpful to others.

Anne, I'm currently cooling my jets after the heavy book tour travel, but I may do the One-on-One over the summer. Otherwise, I will definitely be at the ASJA conference in New York, where I'll be on a Saturday panel about networking and promoting on the Internet. Hopefully we'll get a chance to catch up there!

ah, I joined the party quite late... i was redirected to this interview post from another blog. At first I felt a little uncomfortable as the said blog did not have any info but a couple of links but I am glad i reached here :)