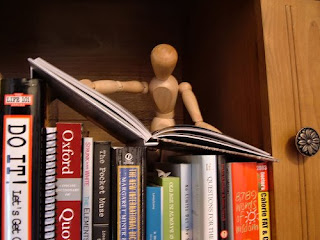 This week, I've invited fellow writers to share their marketing tips and tricks, either as guest bloggers or by answering a few of my questions. Today's guest blogger is Bridget Mintz Testa, a freelance writer in the Houston area who writes about human capital, business strategy and technology. Today she talks about her querying style: She sends few queries but gets an amazing return on her marketing investment.

Have questions for her? Email her at bmtesta at gmail.com.

Some writers like to send off lots of queries at a time, and there’s nothing wrong with that approach. It can be quite productive. I prefer, however, to target specific publications that interest me, study them extensively and then send a detailed, customized query. So I’m slow. I might generate one query a week, maybe three if I’m pushing it, but I also get a fairly high rate of acceptance.

For example, I sent 11 queries to new-to-me editors in 2008 (most of my work came from markets I’d worked with for a while). Of those, four generated assignments. That’s almost a 40 percent success rate. Most people consider 10 percent a big “woohoo!” for marketing efforts. Three of these pubs generated work throughout 2008, and two still do even in this annus horribilis, 2009. In fact, one of them just assigned me seven articles for 2009, taking me all the way through the year’s editorial calendar.

So if sending off a bunch of queries as fast as you can isn’t your cup of tea, rest easy. You can try my approach. Here's how:

Learn the topic
Most of the time, I have only a vague idea of the subject area of a new-to-me publication. You need more than that, especially for trade pubs, from which most of my work comes. So I’ll spend some time, often several hours over a period of days, to learn something about the subject matter and what the key issues are.

For example, a couple of years ago, I wanted to break into an engineering association publication that I knew paid a good, standard rate. Because engineers in this association work in many fields, I had my pick about what to write. I wanted to write an article about nuclear power’s resurgence. So I went looking for the challenges facing an industry that was dealing with sudden growth after years of decline.

Over a week, I spent several hours—maybe 10 or 12—scanning and reading nuclear industry publications and industry association press releases and position papers. A couple of issues emerged that seemed like they’d be of interest to engineers: new reactor technology and a new regulatory regime for licensing nuclear power plants. I had my topics; now I needed to see if they’d been covered by the pub.

Learn the pub
Over the course of another few days, I spent maybe six or seven hours reviewing past issues of the pub, which were fortunately online. If they hadn’t been, I’d have probably gone to a university library to find this particular engineering association magazine. It wouldn’t be on newsstands. Few association pubs are.

Writing the query
I wrote the query in an hour or two, but didn’t send it right away. I let it sit overnight, revised it, then sent it. I detailed how I’d cover the main technologies and why they were worthy of interest, how they’d be different from the previous generation of reactors, and what standardization in design meant. I suggested possible people to interview (which I’d gotten from my subject area research) and gave my bio at the end.

Rejection
The next day—an amazing turnaround time for most queries—I got a very nice rejection from an editor. He said my query was well-targeted, and how nice that was, but that the editors felt most of their readers were probably well-acquainted with the different technologies. It was a very personal and complimentary rejection, and he warmly encouraged me to query again.

Re-slanting
So I did. I went back to my research and reviewed the material on the new licensing regime, nailing down more details. Then I wrote a new query, explaining that I’d look at two or three of the first new licensing applications and how they were also serving as tests of the new regulations. I’d explain a couple of the regulatory/technical challenges the applicants were encountering and how those challenges were being addressed.

From my pub research, I knew none of this had been covered in its pages. It was new, and that was important. Another important aspect of the query was my focus on industry problems and how they were being solved. Nothing excites an engineer, or an editor, for that matter, than real problems that readers can identify with—as long as you show how someone like the reader is solving those problems.

This time, I got the assignment, and I’ve now written four feature articles for this publication over about 18 months. The editors like me, I love working with them, and I’d be doing more work for them if their freelance budget were bigger. As it is, I’m doing about two or three pieces a year for them, which is several thousand dollars worth of work. They give me a chance to write about topics I probably wouldn’t get to otherwise, and the beautiful clips serve as wonderful samples for other new-to-me publications.

If you want to send out a bunch of queries in a hurry, go right ahead. The targeted, carefully researched query works for me, and it can be part of your marketing arsenal as well.

Posted by Heather Boerner at 6:00 AM